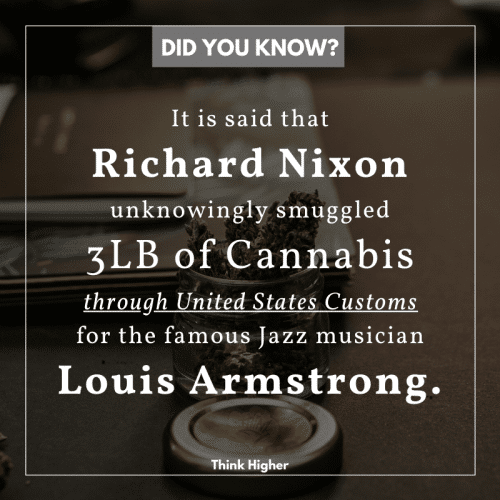 It is well known that cannabis and Richard Nixon were not on friendly terms. But what if we told you that one time Nixon smuggled cannabis through U.S. Customs for Louis Armstrong?

In the 1950s, Louis Armstrong, jazz legend, did two concert tours in Europe and Asia after he became a “Goodwill Ambassador” for the U.S. State Department.

By this time it was already know that Louis Armstrong had a passion for ganja. He was one of the first celebrities to be arrested for smoking cannabis.

The laid-back security, at the time, allowed Armstrong to quickly be waived through customs without searches. Part of which was due to his Ambassador status.

Well that was until the last tour on his way back to New York.

It is rumored that when Armstrong landed in New York in 1958, he was directed to a custom search and took his place in a long line of passengers ahead of him, awaiting his turn.

Armstrong began sweating profusely, knowing that he packed 3 pounds of cannabis in his bag! Well actually it was a trumpet case full of weed!

Just as Armstrong began to realize his doing….Vice President Richard Nixon with his security detail entered, with photographers and reporters close behind. 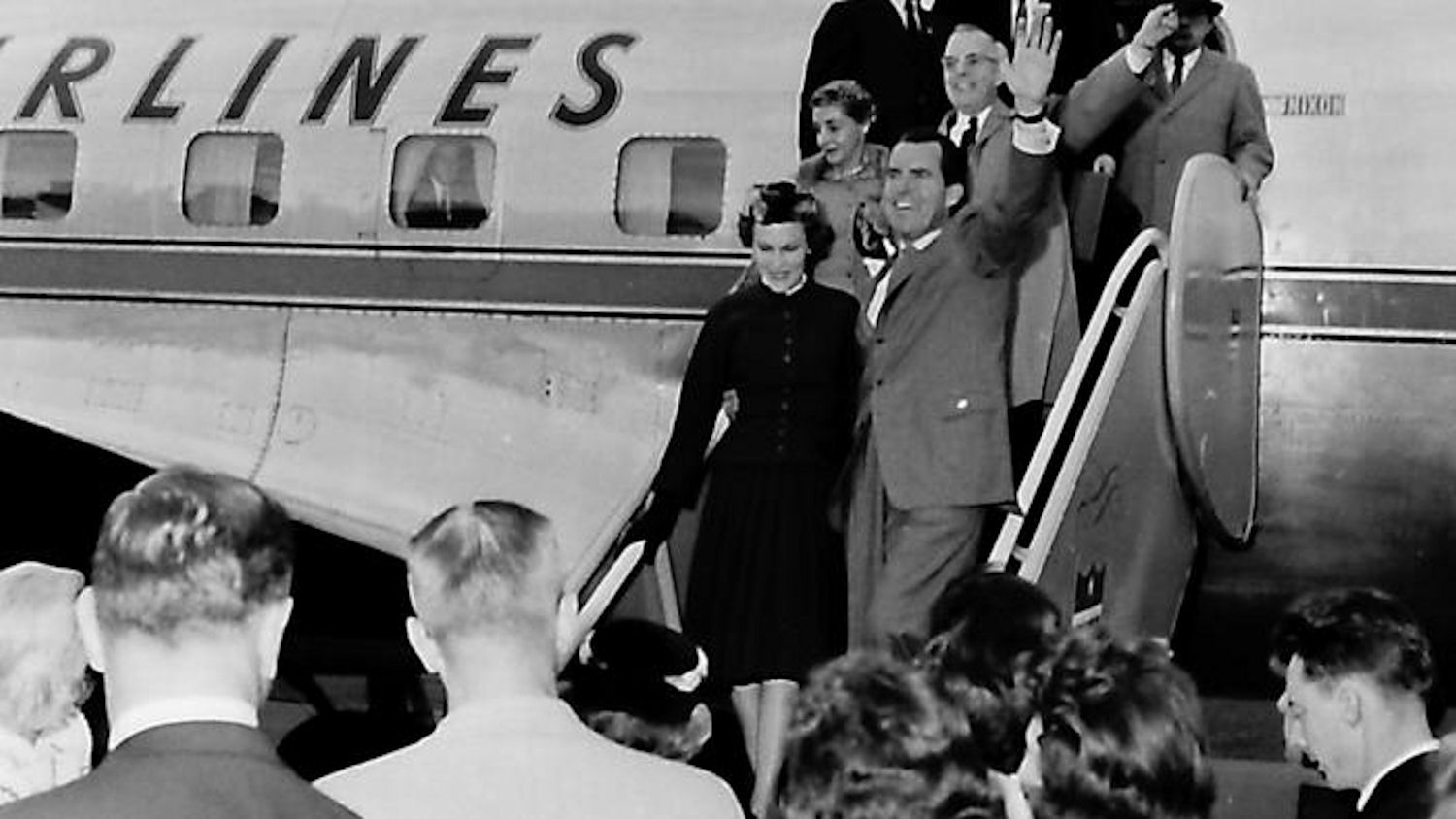 "Well, Pops, (Armstrong called everyone Pops) I just came back from my goodwill ambassador's tour of Asia and they told me I had to stand in this line for customs." 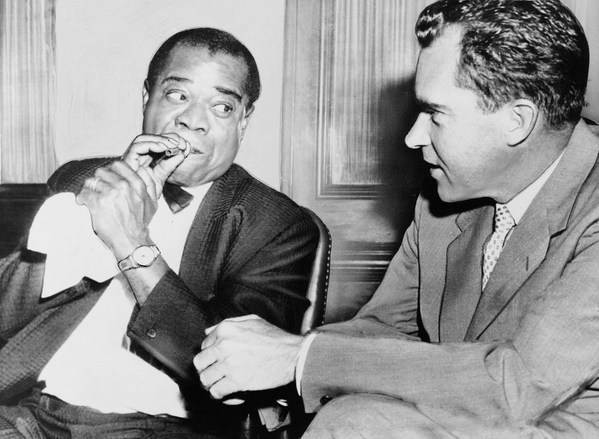 At that very moment Nixon grabbed both of Armstrongs suitcases.

"Ambassadors don't have to go through customs and the Vice President of the United States will gladly carry your bags for you." claimed Nixon.

Nixon then promptly passed through Customs, without any search due to his Vice President status.  Causally placing the bags on the other side for Armstrong.

All while unknowing that the contents were the 3lb of cannabis that Louis Armstrong passed.